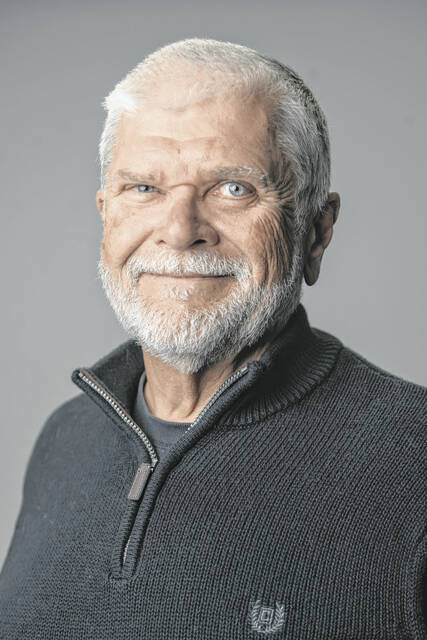 Bud Herron
For The Republic

My friend Tim Shoaf texted me recently to defend the importance of Facebook in efforts to defeat global warming.

A native of Hope, Tim lives part of the year with his wife, Patsy, on their boat along the North Carolina coast and the rest of the year in Southern Indiana.

This year, they have been on their boat during Indiana’s deer hunting season — at least the “firearms portion” of it, which began Nov. 13 and ended Nov. 28. (Hunters armed with muzzle-loading guns can continue to hunt until December 19, and those using a bow can keep sitting in their blinds waiting for a deer to walk past until January 2.)

Tim is an outdoorsman, a hunter and an environmentalist. He has been known to bag a few quail and pheasants but doesn’t hunt deer. He says sitting in a tree, in the cold, for days, awaiting a chance to surprise a deer with a shotgun blast doesn’t seem like a comfortable way to use his free time.

Yet, he knows the importance of deer hunters in the effort to thin the herds — for the good of both the deer and human populations. He also admires the deer-hunting accomplishments of his friends and likes to join in the celebrations of their kills.

So when friends bag a big buck, he enjoys seeing the hunters’ ear-to-ear grins as they display the slain animal for friends to admire.

Back a few years ago, when he lived in the Hope area, some of these friends would swing by his house with their fresh kill stretched out in the beds of their pick-up trucks. This gave Tim a chance to take some pictures, swap gossip about the successes of other hunters and hear the narrative about how this particular buck met its fate.

The celebration was fun, but it took a bit of time and a bit of gasoline to take the deer on tour. And even if a hunter limited the driving and just mailed pictures to most of his admirers, or drove to Jonesville to hang a picture in a booth at The Brick restaurant, the process could take hours.

That’s why Tim is so pleased with Facebook — both as a time-saver and as a plus for environmental protection.

He points out that deer hunters no longer have to pollute the air with exhaust fumes from their pickups on dead deer tours. Nor do they have to spend their time sending everyone individual pictures of themselves sitting on the tailgates of their trucks next to the head of a recently deceased animal. Nor do they need to repeat the same victory story about the excitement of the hunt multiple times.

Facebook does it all. Even sitting on his boat out in the Atlantic Ocean, Tim can join the festivities.

Unlike Tim, I am not a hunter. My only hunting experience is trying to find my glasses every time I decide to read a text message on my cellphone. And, as a vegetarian, I have no desire for venison steaks or deer burgers.

But like Tim, I do appreciate the important place hunting has in our state — not just recreationally, but environmentally.

And I appreciate a good story and the excitement of friends each year as deer season approaches and the tales emerge about hunting exploits — even just stories about the heartbreak of sitting silently in a cold deer blind awaiting a buck that doesn’t show up.

I come from a lineage of hunters on my mother’s side of the family. So while I have no desire to carry a shotgun or rifle or bow into the woods, I do feel somewhat drawn to the excitement of it all.

Maybe the sport for me would be to take part in the state’s “Chasing Season,” which begins in February and lasts about nine months. This is the season when Hoosiers are allowed to chase raccoons and ’possums through the woods and “tree” them, but are not allowed to shoot them. (People wanting to shoot them have to wait until early November.)

I am told the season is mostly for training dogs for the chase, so my not having a dog might be a bit of a challenge. I will either have to run through the woods alone or train my cat, Scooby, to do the chasing with me.

Such will be a challenge, both for me and Scooby, but isn’t that really what hunting is all about?