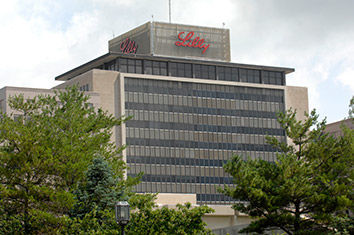 INDIANAPOLIS — One year ago, in the wake of the attack on the U.S. Capitol, Indianapolis-based Eli Lilly and Co. suspended political contributions to four Indiana members of Congress who voted against certifying the Electoral College results.

“While we support candidates from both parties with a variety of political views, we expect any candidate we support to demonstrate respect for people and respect for our democratic process and institutions,” Lilly said in a written statement on Jan. 13.

But since then, the pharmaceutical giant has quietly resumed political contributions to 14 Republican lawmakers who voted against certifying the 2020 election results, according to a report issued Monday by watchdog group Accountable.US.

That includes three of the four Indiana members of Congress – Reps. Jackie Walorski, Jim Baird and Greg Pence – to whom Lilly had suspended contributions last year. The fourth, Rep. Jim Banks, did not receive subsequent contributions from Lilly, according to the report.

“LillyPAC supports candidates across the political spectrum who understand the value of a vibrant pharmaceutical ecosystem to address unmet patient needs,” Lilly said Monday in an email to IBJ. “Contributions from LillyPAC will continue to be in line with Lilly’s purpose to make life better.”

Last year, Lilly strongly condemned the actions of the rioters and those who supported them, along with those who voted against certifying the election of Joe Biden as president.

“This certainly covers anyone who promoted violence or sedition that contributed to the appalling events on January 6th or who continue to support violence to disrupt the peaceful transfer of power our democracy is founded on,” Lilly said last year. “As such, LillyPAC will suspend political giving to those who voted against certification of the 2020 election results.”

The drugmaker gave $5,000 to Walorksi in July and $2,500 each to Baird and Pence in October and November, respectively, the report said. In all, Lilly gave 32,500 to lawmakers who voted against certifying the Electoral College results.