At age 15 on Nov. 7, 1990, he caught a PBS’s Great Performances presentation of the Sondheim production of “A Little Night Music,” watching on his 19-inch TV in his bedroom at his Columbus home.

It actually marked a big dawning.

“I had no idea that a musical story could be told that way — with wit and humor and pathos and that music,” he said. “I had never heard anything like that before. … I fell in love.”

His love for all things Sondheim has just resulted in the release of the first volume of a three-volume, six-disc set “Sondheim Unplugged: The NYC Sessions” that he produced in New York City.

The project, fueled by the legendary composer’s recent death, is garnering national publicity in places such as broadwayworld.com and in a story at forbes.com. In fact, a critic at broadwayworld.com called the effort “a landmark collection destined to be a major contribution to the canon of Sondheim recordings.”

The 46-year-old Bond’s company, Above Deck Entertainment, partnered with Yellow Sound Label to make the recordings happen. They feature 70 vocalists and more than 120 of Sondheim’s songs backed only by piano.

The idea was a natural outgrowth of the monthly cabaret series “Sondheim Unplugged” that Bond had orchestrated for the past 11 years, with most of that time with sellout crowds at New York City’s Feinstein’s/54 Below (and also in other locales such as London, England). The popular presentations have highlighted Broadway and cabaret’s most esteemed vocalists performing Sondheim’s music. Amid a hectic schedule of marketing the new album and more, the 1993 Columbus East High School graduate took time to answer a few questions by email from his White Oak Manor home in Garrison, New York.

“I’m not surprised at the reaction at all,” Bond said, joking that he was sounding egotistical.

“There are whole societies dedicated to Steve and his work throughout the world. People love Sondheim.

“He’s perhaps the most beloved and revered theatrical figure of our lifetime.

“So no. While I’m thrilled and flattered that our project is being happily embraced by many, I’m not at all surprised. It’s simply a testament to Steve.”

He mailed the famed composer the first release in November. He received a gracious thank-you letter from Sondheim Nov. 26. He read the note 15 minutes before the national news reported Sondheim’s death at age 91.

He aims to eventually frame that letter and others he’s received from Sondheim, whom he also personally met and found to be gracious. Though the stage star had a standing invitation to attend the “Sondheim Unplugged” shows, he never made it.

“He was very considerate of our company of actors and was concerned about making them nervous,” Bond said. “He was like that.”

Bond’s significant arts success began with work in local troupes such as Mill Race Players and Columbus Theatre Arts Guild. In fact, he recalled with pride even operating a spotlight for the latter’s performance of “Side By Side By Sondheim” years ago.

“I was really lucky to have that exposure so early,” Bond said. “A few years back, the producers of that show were in New York City and came to see ‘Sondheim Unplugged.’ I got to thank them personally.”

Local residents are hardly surprised by Bond’s success or the recent attention. In his teen years locally, he was driving change almost before he could drive. He organized Arts For AIDS performance fundraisers to support Indianapolis’ Damien Center, treating HIV and AIDS patients.

Columbus resident and ex-opera performer Julianna Jerome-Drerup remembers that she and Bond pined for huge arts success even while they were friends in middle school.

“We dreamed and schemed and plotted how we were going to the big city with each of us leaving our mark,” Jerome-Drerup said. “I ended up on the other side of the country (in opera), and he ended up in New York doing just what he set out to do.”

Jerome-Drerup mentioned that one of Bond’s greatest strengths is forging relationships in arts circles and keeping those relationships heartfelt and sincere in what she said can be a pretentious performance world.

“Phil has never ever been a superficial guy,” Jerome-Drerup said

Former Columbus East performing arts administrator Nancy Kessler has remained in touch with Bond, and is impressed with his career trajectory.

“Phil has never wavered from his love for the theater and has embraced the talents and diversity that theatre offers,” Kessler said. “I have enjoyed following his many successes and look forward to where his next journey will be.”

Bond figures that journey always will include some part of Sondheim.

“Sondheim’s work is like peeling an onion,” he said. “There is ALWAYS another layer. All of these years later, I’m still discovering new things.”

And now, more of the world is, in some way, discovering the passion of Phil Geoffrey Bond. 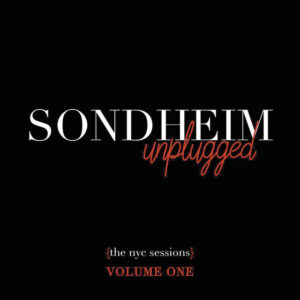 The cover of the first release in the six-disc set of “Sondheim Unplugged: The NYC Sessions.”

‘This is how I’m going to die’: Local resident recalls near-fatal fentanyl overdose, journey to recovery