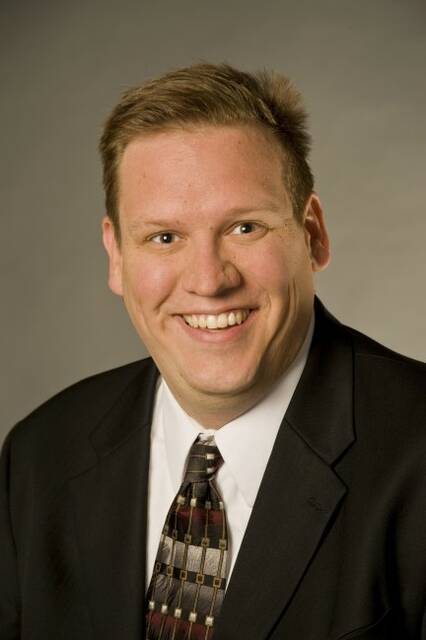 Critics of The Republic often express disgust or frustration with this venerable publication. I’ve heard this refrain often. They accuse the paper of having a political agenda. They disagree with the editorials. It seems hard to believe, but even I have had to endure the slings and arrows of those who don’t like what I write.

Some denizens of Bartholomew County even wish for The Republic’s demise. The failure of a local newspaper would be a disaster for the community.

Newspapers across the country have struggled due to declining subscriptions and readership. They are losing readers to online sources. Advertising dollars are down, too. Recent political leaders are making things worse. They deem unflattering or critical stories as “fake news.” They have declared the press “the enemy of the people.”

The nation’s founders believed the exact opposite. They knew that a free and healthy press was essential to the new republic and our freedoms. Thomas Jefferson wrote, “Where the press is free and every man able to read, all is safe.” The demise of local newspapers would have the exact same result as censorship. Our press serves as a check on power, corruption, and the government.

Since 2004, almost 1,800 American newspapers have disappeared. Many others are hanging by a thread, especially in small towns. In some places, once-healthy and robust newspapers are a shadow of their former selves. For baseball fans, most papers used to carry box scores, the standings, and the trade wire. Now, we are lucky if they stay up to date on the scores. Local reporting, opinions, and sports are also gone. There are just a few comics or games. In many of these papers, all that is left are legal ads, wire reports, and the obituaries.

Local reporters and news outlets, such as The Republic and WCSI, are the most important in the media landscape. Local reporters are the boots on the ground, the witnesses to real news. They have great sources and connections — the kind you need to get all of the dirt.

Online sources and national outlets don’t have local reporters. They actually have few reporters. They spend their money on pundits instead. The pundits are really entertainers, who are paid to incite controversy and attract advertisers rather than report.

Many online news outlets don’t edit their material. Whatever is posted is presented as fact. Local newspapers don’t get everything right, but there is an editorial process. They endeavor to get the facts right.

The complaints about The Republic often center around how a reader disagrees with editorials or columns, the angle a reporter takes, or the inclusion of a particular story. The American reporter and publisher Elbert Hubbard once noted, “To escape criticism: Do nothing, say nothing, be nothing.” A newspaper is supposed to make you think.

If The Republic didn’t anger someone out there, it’s not doing its job. A local newspaper is supposed to raise your blood pressure a little. It must challenge our ideology. It is not there to confirm everything we think we know. That isn’t learning.

Do all of your friends agree with everything that you say and do? These aren’t good friends. We need people in our lives who tell us when we are wrong. We need to hear and read things that challenge us.

If a newspaper echoes the beliefs of a single political party or if it reinforces only what the government or those in power want you to hear, you might as well read Pravda or the back of a cereal box.

Letter: Tell lawmakers to keep politics out of school board races

Letter: Role models like Anderson make world a better place, to be Frank