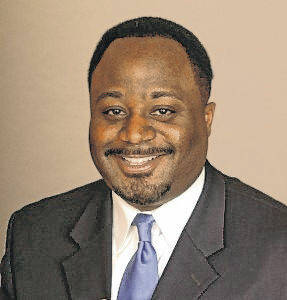 To be honest, I’ve never been a big fan of New Year’s resolutions.

Why wait until Jan. 1 to lose weight, start paying off debt, quit smoking, or improve your personal relationships when you can do that in December?

Now with that said, I do have a suggestion for those who either have made a resolution or are getting ready to make one.

My suggestion for 2022: keep an open mind and expose yourself to other points of view.

One of my biggest complaints about people, as a whole, is we don’t do enough to engage in critical thinking, and people are very quick to believe anything they read, especially when it comes to social media.

I’ve always believed that social media is the best way for the misinformed to reach the uninformed, but I digress.

Now, I’m not saying change your core beliefs. If you believe in reparations or income inequality, that’s fine. If you have strong opinions on guns or abortion, that’s cool, too. All I ask you to remember is that there is usually more than one side to an issue. In fact, there are usually multiple sides and nuances, and would it really hurt you all that much to be familiar with them?

Of course it won’t. In fact, you’ll find by exposing yourself to other points of view that you can actually become a better advocate for your own, because you understand what the other side is thinking, and you can form better arguments.

As some of you are aware, I’ve been teaching speech for Ivy Tech Community College since 2003, and at the end of the semester, my students have to deliver a persuasive speech. So, I give them a survey to answer on various political issues of the day, and depending on their responses, I have them argue the opposite of whatever they answered. So, for example, I will ask them if they thought Donald Trump should have been re-elected president. If they answer “yes,” I make them argue he should not have been. If they answer “no” then I have them argue that he should have.

My rationale for giving the assignment is that, first of all, it teaches critical thinking. Secondly, it teaches my students that there are different points of view; some contradictory to their own. And what I’ve found is that either students get their beliefs reinforced or they do a complete 180 and change their minds. But at the very least, they understand their original point of view a lot better.

Studying issues while keeping an open mind will go a long way to making us a more civil nation and improving our discourse. You can learn quite a bit by just putting the brakes on shouting and screaming and instead actually listening to what the other side has to say.

So take some time in 2022 to listen to other points of view and keep an open mind about things. You will be amazed at what you can find. And at the end of the day, you will actually become a smarter individual. It’s the same reason sports teams watch tape of their opponents to see how they play so they know how to counteract whatever happens out on the field.

As my lovely mother used to say, no one has a monopoly on good ideas or stupidity. And the more you read and engage others, the more that saying rings true.

Adbul Hakim-Shabazz is an attorney and the editor and publisher of IndyPoltics.Org. He is also a frequent contributor to numerous Indiana media outlets, including The Statehouse File, where this article previously appeared. He can be reached at [email protected] Send comments to [email protected]

Hakim-Shabazz: Yes, I got shot — booster, that is

Bud Herron: Judging by symbols, we should be careful