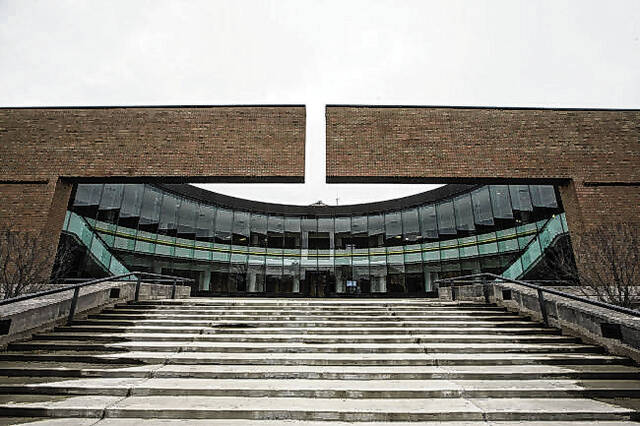 City staff members and officials are updating Columbus’ policies and best practices for trees on or near public property.

The Columbus City Council has passed the first reading of an ordinance amending the city’s code on street trees and shrubs. Ordinances must be passed on two readings in order to be fully approved. The council’s next meeting is set for Tuesday.

The ordinance applies to trees on public property, including those in medians and the right-of-way.

It also contains some regulations for trees on private property adjacent to public property and trees on the boundary lines between public and private land, according to Assistant Planning Director Melissa Begley.

“The intent of the replacement ordinance is to better reflect the city’s current street tree care practices, property owner responsibility and standards for street tree care,” Begley wrote in a memo to the city council.

Redrafting the ordinance was a collaborative effort, with several city departments and interested citizens starting the work in early 2021. The Davey Resource Group was also contracted to collect data on street tree ordinances, including trends and best practices.

Begley told council members that it’s unclear when Columbus’s existing street tree ordinance was adopted, though it appears to predate the city code that was codified in 1994. There are no citations indicating that it has been updated since then.

“Just looking at basically what we have, it seems like the only way to go is forward,” said Begley.

The existing ordinance on street trees and shrubs is relatively brief. The code, as found on the city’s online database (current through July of 2021) states that a property owner with real estate next to a street or sidewalk — or any relevant person with a stake in that land — is allowed to plant and maintain trees along that area, so long as they do not interfere with the use of public streets and alleys.

The owner or agent is also responsible for keeping these trees properly trimmed. This is to be done “to the satisfaction of the motor vehicle/highway division of the code enforcement department.”

“I am unaware of any such department,” noted Begley.

The ordinance further states that if an owner or agent neglects or refuses to trim their trees according to the city’s specifications, the department will see to it that this is done and charge the expense to the owner. The electric lineman also has the right to cut off limbs or branches of shade trees when there is a need to do so.

The ordinance also states that owners or agents are allowed to add groundcover, such as grass and other vegetation, to public right-of-way adjacent to their property that is “not otherwise improved.” The property owner is responsible for maintaining unimproved right-of-way area and landscaped medians on streets adjacent to his or her property.

The new ordinance outlines the city’s authority to care for public trees in much greater detail.

“It (the ordinance) better defines city responsibility,” said Begley. “It’s reflecting what we are doing now. The city has been doing work on trees in the city, and it’s predominately public safety purposes. And that’s just keeping with what we’re doing currently. And then the city’s also done a lot of tree planting as well. So it’s not really changing anything; it’s just reflecting what we’re currently doing.”

The city’s rights, as stated in the new ordinance, include the pruning or removal of public trees that are “unhealthy, unsafe, or a nuisance” and planting public trees “for the betterment of the city.” The city may also cause trees on boundary lines and adjacent property to be pruned or removed at the owner’s expense, if these are “unsafe and threatening public property.” Boundary trees may also be removed or pruned if they are unhealthy.

The ordinance also provides information on topics such as the rights and responsibilities of adjacent property owners, an existing financial assistance program for the removal or pruning of “dying, dead or hazardous” trees, prohibited harm against public trees and insurance for contractors providing public tree care.

Furthermore, the new ordinance would create a “Street Tree Committee” made up of seven members. This would include staff from the planning, community development, engineering, public works and parks departments, as well as the city code enforcement officer and one member of the Board of Works.

The committee would meet at least four times a year but could schedule meetings more often if needed. Its duties would include supporting public awareness and education in regards to trees; reviewing legislation, policy and programs related to public tree care; and maintaining lists of recommended tree species and prohibited species.

Additionally, the ordinance states that the city may utilize a qualified “city arborist” who is a consultant or city employee. The arborist would be accountable to the committee and have a number of duties, such as advising city officials on tree care, reviewing public tree specifications on construction and development plans, administering tree regulations and maintaining a citywide tree inventory.

Begley said that the section on the city arborist was added in the hope of re-establishing the position.

In addition to the new ordinance, city council members were provided with a copy of the Tree Work Manual. This is a companion document intended to be adopted separately by the Columbus Board of Works. According to Begley, the manual provides “guidance on the best management practices for street tree care.” It is meant to be updated by the board as standards and situations change over time. The Street Tree Committee would also work on reviewing and updating the manual.

The Tree Work Manual is referenced in the updated street tree ordinance as a document that property owners should follow when planting and maintaining public trees.

‘My small difference in the world’: ABC teacher retires after 50 years in education