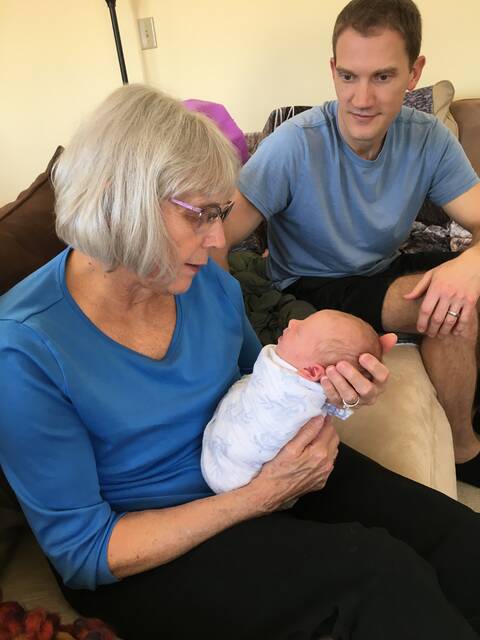 The first boy my mom allowed me to “car date” drove an old green AMC Rambler and had a wicked sense of humor. I was 15 then, and sure it was true love. We were an item in the summer of 1966, running around Bloomington with our friends. We went to CYO (Catholic Youth Organization) dances at St. Charles school, attended pool parties at Bryan Park and hung out at the Dog n Suds restaurant on Saturday afternoons. We went swimming at the quarries, too. Teens were warned about the dangers of swimming in abandoned limestone quarries, but it was a rite of passage for kids in Monroe County. Sometimes, if my beau got dibs on the Rambler, we went to the movies at the Cascades Drive-In Theater — an activity my mother didn’t condone. I rode on his motorcycle, too … sorry, mom! It was a time for testing boundaries. A time of innocence. No drugs or alcohol were involved. We had few responsibilities and didn’t have a clue what the years ahead would bring.

When that summer came to an end, so did my big romance. I was headed to Indianapolis to attend an all-girls boarding school, and my boyfriend was already eyeing another girl. She soon took my place in the front seat of the Rambler. I did the obligatory wailing about the end of true love, and then went on with my life. That was 56 years ago, and our paths never crossed again. A month ago, I heard he died. The news stopped me cold. I still thought of him as that cute sandy-haired boy that cracked-wise with the best of them. How could he be 72? How could he be gone?

Losses are coming more quickly now that I’m in my 70s. Some hit especially hard. Not long after hearing of my first beau’s passing, I received devastating news from a longtime friend who’d moved away many years ago. Despite the geographical distance between us, our bond of friendship held fast, even though we weren’t in touch very often. She called to tell me that her beloved youngest son had died unexpectedly. How do you comfort a mother who’s lost a child? On top of that, I learned that her ex-husband, who’d been my husband Mike’s best friend in college, had passed away in 2019. News of these deaths left me feeling bereft.

I didn’t know what to do with the news weighing me down. The loss of friends, the loss of a child, the lingering black cloud of COVID-19, the war in Ukraine. It was almost too much to bear. Then at 3:00 a.m. on Feb. 28, a text woke me from a deep sleep, “Mom, we’re at the hospital! Alexis is in labor!”

Later that afternoon, my son Ben and his wife welcomed little Ellie Dawn Nagel-Mangas to the world. She was a month early. She’s tiny, but perfect and healthy. The first time I cradled Ellie on my lap, and watched her eyelids flutter in her sleep, a sense of hope emerged. It washed away the veil of sorrow. There’s nothing like a baby to make things right with the world. Their sweet smell, the feel of their soft skin, hearing their tiny squeaks and watching every move they make never gets old. I may not live to see it, but my money’s on Ellie going on to great things and making the world a better place. Maybe if Vladimir Putin, Kim Jong-un and other international warmongers were given babies to hold every morning, the horrors of war would become a thing of the past. Peace out, friends.