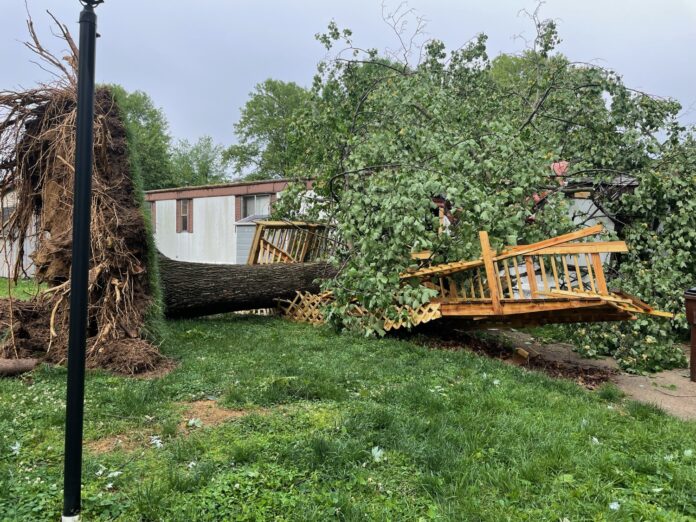 COLUMBUS, Ind. — Duke Energy is reporting as many as 15,000 of its customers are without power in Bartholomew County after a severe thunderstorm plowed through central Columbus, causing trees to fall on power lines, cars and homes.

Duke Energy spokesman Chip Orben, who went into Duke’s offices himself after his power was out, said crews are assessing damage all over the city and county and there is no current estimate on the time that power will be restored.

Customers who are without power may report it to Duke by calling 800-343-3525. Customers may also visit duke-energy.com for updated information.

Columbus Fire Department spokesman Mike Wilson said a major Columbus intersection, Central Avenue and 25th Street, has been barricaded off after a power pole fell there.

Chestnut Street near the cemetery is also blocked due to a tree across the street.

Columbus firefighters have been out on as many as 40 calls so far ranging from power lines down, trees down, trees down on vehicles and several structure fires that may be related to the power being out, he said.

Firefighters were sent to a fire at the Gladstone Apartments, which was quickly extinguished.

No injuries have been reported so far, he said.

Wilson cautioned residents to stay indoors and stay away from any downed power lines due to the chance that they may still be live.

Please note: The Republic is currently without power and operating on a generator. For more coverage, check back here, or pick up a Sunday Republic. 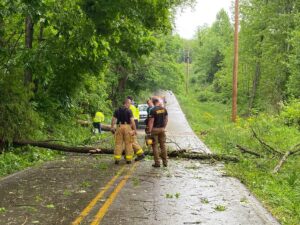 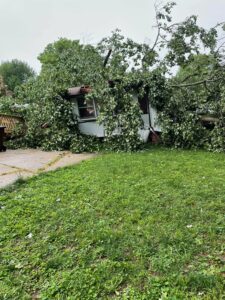 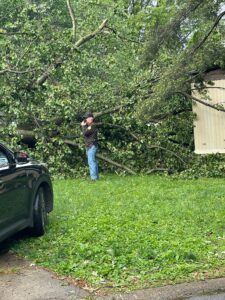