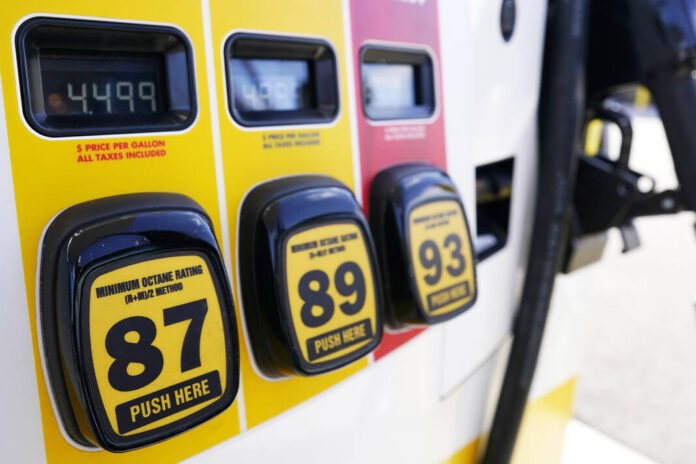 With gas prices — and the state gas tax — at historic highs, you would think Indiana’s elected leaders might lift a finger to help.

Oh, members of our legislature drove to Indianapolis from every corner of the state Tuesday – with taxpayers paying for their gas, mind you – to take care of some other pressing concerns. Even though the crisis they were responding to — transsexual high school athletes — has never affected one solitary Hoosier high school athlete.

Compare that urgency with the “not our problem,” “nothing we can do” spirit gripping the Indiana General Assembly and Gov. Eric Holcomb when it comes to giving Hoosiers some relief at the gas pump.

Here’s what the AP reported recently:

“The governor’s office did not comment on … requests from Democrats that (Holcomb) call a special legislative session so that lawmakers could take action on the gas tax. … Neither Republican House Speaker Todd Huston nor Senate President Pro Tem Rodric Bray responded to requests for comment on the gas tax.” And Huston and Bray say that without Holcomb’s say-so, lawmakers cannot even consider suspending the gas tax.

Well, that’s just perfect. With gas prices zooming into the stratosphere at the start of the summer driving season, Kiplingers reported that as of this month, Indiana has the sixth-highest state gas tax in the nation.

What happened to the low-tax mantra of the Republican Party that’s had a supermajority lock on Indiana power for a decade? Why do they view gas taxes differently than others, especially when Hoosiers feel this tax every time they gas up?

Let’s look at the numbers. The cost of a gallon of gas is hovering around $4.59 in Columbus. Of that, the AP reports, Hoosiers pay “about 56 cents per gallon in state taxes on gasoline — the highest-ever level shown in state records — and it will increase next month based on rising fuel prices.” (State lawmakers have no control over the federal gas tax, which is another 18 cents a gallon).

Some of the 56 cents in the state gas tax is because Indiana is one of just 16 states that also charges the regular retail sales tax — 7% — on gas in addition to the 32-cents-per-gallon gasoline use tax. Suspend both of those and gas prices would be back down around $4 a gallon.

Kiplinger’s also reported earlier this month that 18 states have suspended or are considering suspending some or all of their state gas taxes.

There is simply no excuse for our state leaders, at this moment, not to hit “pause” on the gas tax. Is doing so just a Band-Aid? Yes. But Band-Aids are a relief when you’re hurting. The gesture alone would signal that our state leaders at least recognize our pain at the pump. And our leaders could say they’re helping.

Holcomb frets that he he doesn’t have the same magic pen that Gov. Frank O’Bannon used to suspend the gas tax when he did so by signing his name to an executive order in 2000. We suggest Holcomb overcome whatever fear he has and suspend the gas tax, as precedent shows a governor can do. That’s what leadership looks like.

The governor can and should deliver some much-needed relief, especially at a time when Indiana’s state budget surplus continues to be measured in the billions of dollars. Who would say no to that?