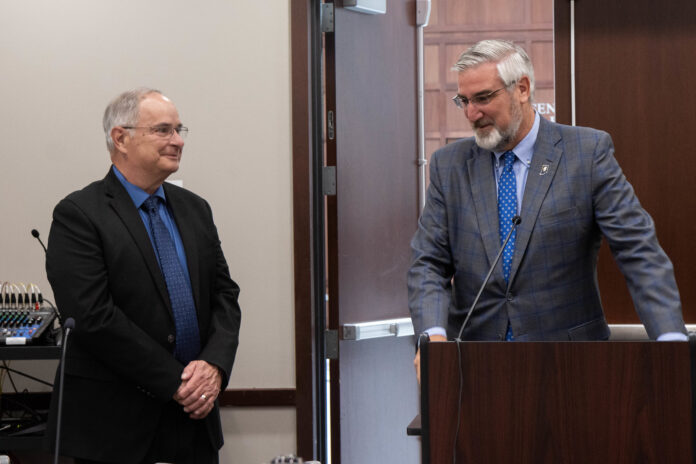 INDIANAPOLIS — A retired Indiana State Police commander who directed Bartholomew County’s 911 Emergency Operations Center for 10 years before he was chosen to head Indiana’s 911 emergency services was honored by the state Wednesday afternoon as he officially retired.

Gov. Eric Holcomb presented the Sagamore of the Wabash award to Ed Reuter, Columbus, in Indianapolis. The award honors an individual who has rendered a distinguished service to the state or to the governor.

Reuter, 68, was described in one word by current 911 center director Todd Noblitt: “Invaluable.”

Reuter has always understood that seconds can save lives during an emergency response, Noblitt said. For that reason, the former Indiana State Police commander has consistently tried to improve on both the quality and speed of service provided by emergency dispatchers.