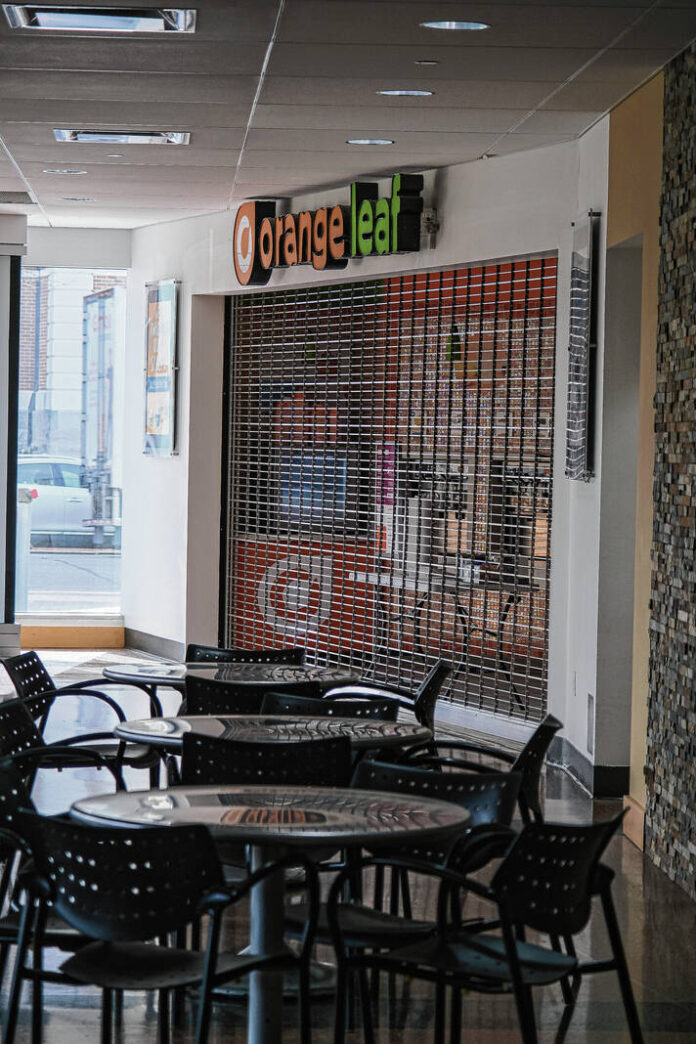 Orange Leaf at The Commons is expected to reopen soon under new owners.

The frozen yogurt shop is expected to reopen in mid-July, with BW Smith, LLC taking over the franchise, said Redevelopment Director Heather Pope. The company has two principals, Brandy and William Smith. The couple own and operate an Orange Leaf in Seymour and are also working to open a Humble Donuts franchise.

The couple is currently working on deep-cleaning and repainting the Orange Leaf shop at The Commons, Pope told the Columbus Redevelopment Commission.

The shop, which was Columbus’ first Orange Leaf Frozen Yogurt, originally opened in May 2015. The restaurant filled the vacant space at The Commons left by Snappy Tomato Pizza, which was evicted in January of 2014 after going a year without paying its rent.

In November of 2021, the commission approved a resolution authorizing Devoar, LLC, doing business as Orange Leaf, to terminate its Commons lease effective at the end of 2021. According to commission attorney Stan Gamso, franchise owner Andy Russell had said the store still faced expenses despite its closure.

The center’s other interior restaurant tenant, Subway, began formal negotiations about ending its lease in January of 2021 and left in July, according to city officials.

The Commons was largely closed to the public amid the COVID-19 pandemic, except as an event space. Orange Leaf and Subway have been closed since March of 2020 and were granted ongoing rent relief by the commission due to their inability to open, as they have no external entrances (unlike Bucceto’s and Luciana’s). Commons Manager Shanda Sasse said in September that Orange Leaf was also waiting on a reopening date for the Commons indoor playground.

The newly-renovated James A. Henderson playground reopened in March after seeing project delays due to factors such as material and labor shortages.

The commission voted in April to begin negotiations with the Smiths to lease and reopen the Orange Leaf shop.