Retiree Ed Reuter’s career was that of a servant’s servant. Indiana Gov. Eric Holcomb recognized that recently, presenting Reuter the Sagamore of the Wabash award, among the state’s highest honors.

”Ed had dedicated 48 years of his life to helping people when they need it most,” Holcomb said. “His legacy of commitment to a greater good will continue to inspire Hoosiers,” Holcomb said.

Current 911 center director Todd Noblitt called Reuter’s service “invaluable,” and that his understanding from both sides of the 911 call meant a commitment to improving the quality and speed of emergency response.

When Reuter began as a dispatcher in 1974, telecommunications consisted of rotary telephones and police radios. Now, emergency communication to everyone with a cellphone is old hat. Even so, Reuter said, people make the difference in emergencies when time is of the essence.

“We can make a lot of investments in technology, but if we don’t train our people, the technology isn’t going to be worth the investment,” Reuter said.

Here’s to Ed Reuter, one of many unsung heroes who provide a vital lifeline when we need it the most.

We’re learning more about what the proposed Swallowtail Solar Farm in Clay and Flat Rock townships might look like. Developers Arevon Energy Inc. and Tenaska announced plans to set aside at least 10 acres for a pollinator garden.

The plan for a green-energy installation of solar panels covering about 1,000 acres would produce enough clean electricity to power more than 30,000 homes. The beneficial habitat for bees and butterflies is in addition to the native soil-building groundcover that’s already planned.

County planning officials are considering adopting zoning and development regulations for commercial solar installations, and the public will have an opportunity to weigh in on these during a hearing on July 13.

We need clean, green energy. We’re still waiting on the formal development plans, but at this stage, we believe responsible and responsive development of this kind should be welcomed in Bartholomew County.

Sweet success at a young age

If you see kids running a lemonade stand at 17th and Washington streets, you’ll see a grassroots family business that’s more than just a zesty enterprise to make money. They also want to give back to the community.

The Republic’s Jana Wiersema brought us the refreshing story of Junior Jones, Jacob Jones and Kimale Freeman, who use some of their lemonade money to help others. After buying food and drinks for the Columbus Fire Department, the youngsters were treated to a tour of Station 1.

“The smiles on their faces were priceless,” said mother Corneshia Freeman. “… It was like they can’t wait to feed the police department next week.”

Father Will Joseph said he asked the children to think of who helps us, and they immediately thought of firefighters, policemen, doctors and nurses.

“I’ve worked all my life, so I’m trying to give them a different path to success,” Joseph told Wiersema. “It’s not always about working for somebody. Sometimes it’s best to work for yourself, but in the mix of it, you’re doing good not just for you but for others as well.”

We’ll drink to that! 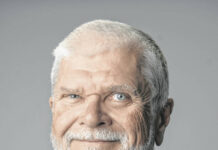 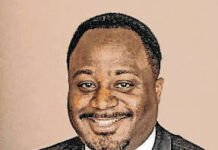