WEST LAFAYETTE — SkyWater Technology Inc.’s plan for a $1.8 billion semiconductor production facility at Purdue University isn’t as flashy as chip-related announcements in other states—like the $17 billion Samsung Electronics project in Texas or the $20 billion Intel Corp. development in central Ohio.

It could also be the most significant step the Indiana Economic Development Corp. has taken to date in reviving the state’s once-booming electronics industry. But it’s not the only one. In May, Netherlands-based carmaker Stellantis announced a $2.5 billion commitment to open an electric vehicle battery facility in Kokomo with South Korean partner Samsung SDI.

What makes the SkyWater deal stand out is that it’s part of a national focus on boosting domestic semiconductor manufacturing and development amid global supply chain challenges and rising international tensions. Much of that attention has been about bringing what’s currently offshore production back into the country. SkyWater, based in suburban Minneapolis, is already a domestic producer.

The state has also implemented several partnerships with Purdue, including a degree program and a microchip design studio deal with Taiwan-based manufacturer MediaTek Inc. at Discovery Park, to drive semiconductor innovation.

Jimmy Costa, senior vice president of innovation and semiconductor strategy for the IEDC, said the moves made so far are critical to giving Indiana a better chance of competing for bigger projects, as well as research and development opportunities, down the line.

“It’s a very large and complex value chain—there are literally hundreds, if not thousands, of companies that we see as opportunities for our state,” Costa said. “Our goal right now is to start lines of communication with as many of those as we can, in the hopes that, when and if they do make a decision to expand, that Indiana is on their radar.”

SkyWater’s decision to open a facility in Indiana came just two months after CEO Thomas Sonderman told IBJ the company hoped to bolster its presence in the state, beyond an existing partnership with the Naval Surface Warfare Center in Crane.

“I see us looking at multiple different angles to expand (the partnership in Crane). There are a lot of states that are talking about semiconductors, and I can say that Indiana is putting words to action in a way that’s very compelling,” he told IBJ during the Indiana Global Economic Summit in May, which drew about 800 business owners and government and not-for-profit officials.

“I think Indiana has done a great job of removing a lot of the uncertainty, which makes it easier to make decisions when you want to move fast.”

Eight weeks later, SkyWater announced plans for the Purdue project. Sonderman said the global summit played a major role in that company’s decision to land in West Lafayette, as did Purdue’s plans to launch its semiconductor engineering degree.

Having a semiconductor plant at Purdue “means SkyWater will be immediately able to tap into that resource pool,” Sonderman said. “A deal was already definitely in the works, but that (summit) was a solidifying event for me, personally in terms of having Indiana as a partner, so it worked out very well.”

SkyWater already has semiconductor production facilities—commonly called fabs—in suburban Minneapolis and central Florida, as well as a presence near Crane. But the proposed facility in West Lafayette’s Discovery Park is expected to be the company’s largest yet, employing about 750 people. SkyWater produces 200- and 300-millimeter silicon-based wafers, each containing hundreds of individual semiconductor nodes used in electronic circuitry.

While that particular technology isn’t considered cutting-edge—companies like Taiwan Semiconductor Manufacturing Co., Samsung and Silicon Valley-based Intel are all pushing to put more semiconductors on larger wafers—Sonderman said this week that the Indiana facility will spur new ideas and research that could be capitalized upon for years to come.

Most of SkyWater’s contracts are for industrial and military applications, rather than consumer goods. The company is also different from most others making chips in the U.S. in that it oversees every step of the production process, including design, manufacturing and implementation into key electronic components.

Sonderman said that approach—and the innovation component in particular—could be beneficial for Indiana, because it could lead suppliers and others interested in adapting and implementing SkyWater’s technology to set up shop here. That’s already happened with the company’s Florida facility, he said.

“I think you’ll see original equipment manufacturers build a presence near the SkyWater fab, because we will be doing innovation,” Sonderman said. “This is kind of a moonshot moment where we must decide whether [the United States] wants to be a leader in semiconductor manufacturing. If we do it the right way, as this decade unfolds, you’ll see many fabs across the U.S., and I think we’ll have a concentration of them right in the Midwest—including Indiana, of course.”

He said that SkyWater’s investment is significant in what it can offer the state, and Purdue in particular.

Other companies like Intel, Samsung and TSMC are “obviously adding some scale to manufacturing and developing the workforce that is going to be running the fab,” he acknowledged. “But as far as driving innovation, driving more students to want to get engineering degrees, that really has to be done at the university level and in partnership with universities. The investment we’re making keeps dollars in the U.S., so that we can build a vibrant semiconductor ecosystem for the rest of this decade and beyond.”

Experts generally agree, noting that, despite the lower capital outlay, the project is still an important piece of the semiconductor puzzle for the state.

“It’s important to have all sizes of companies within the supply chain, within the state of Indiana, and to help them grow,” said Bryce Carpenter, vice president of industry engagement at Conexus, an organization focused on bringing advanced manufacturing jobs to the state.

“This could be a key stepping-stone for an even bigger announcement to come, where a company looks at the state and says, ‘OK, they’ve got expertise. They’ve got a research partner. They’ve got a facility at Purdue. We feel this is the right setting,’” Carpenter said. “This deal demonstrates tangible progress and puts a good foot forward as the state continues to try to build up” the semiconductor and electronics sector.

Stumbles along the way?

Indiana’s drive to bring new microelectronics jobs comes five years after the state’s last semiconductor fabrication site (it at one time had as many as six) closed in 2017. Electronics companies, including major manufacturers like Delco, P.R. Mallory and RCA, employed as many as 130,000 Hoosiers in the late 1960s, more than most other states in the nation. Today, the sector employs about 20,000.

While much of that decline reflected what the entire country was seeing—companies offshoring their manufacturing operations to Asia and Mexico to reduce labor costs—some believe Indiana could have and should have done more to preserve the state’s electronics industry.

Larry Wallman, owner of Indianapolis-based microelectronics distributor Hi-Tech Sales and Service Inc., said he has spoken with many who work in the industry and in economic development who believe Indiana has for years been uninterested in fostering the state’s electronics industry, even as officials have talked about the importance of advanced manufacturing.

Wallman—who watched from the front row as the state’s electronics industry declined over the past five decades—is president of the Indiana chapter of the International Microelectronics Assembly and Packaging Society, an organization focused on the growth of microelectronics and professional education.

“Indiana has had this reputation from coast to coast that we don’t want electronics—we’re kicking it out,” he said. “Now, we’re just … out of sync with everything.”

Luke Bosso, managing director of government advisory services for consulting firm Katz Sapper &Miller, said the state has not been late to the effort to attract microelectronics firms. “We can realistically go back to a lot of places in February 2020 and ask a lot of states if their strategy was about semiconductors or things of that nature—and a lot would say they were in the same position as Indiana,” said Bosso, who was IEDC chief of staff in 2020. “And I think winning SkyWater shows that people are taking Indiana seriously from an electronics standpoint.”

With the SkyWater and other semiconductor announcements, Wallman acknowledged that it feels like the state is now taking notice of the sector’s importance to the economy—but added he’s skeptical as to whether it will be enough to shift Indiana back into a positive light.

“Something is better than nothing. … But at the same time, why did it take them so long?” he said, pointing to the departure of major manufacturers, along with other key companies like Western Electric, which manufactured phones for AT&T, along with semiconductor maker ST Semiconductors in Bloomington. “After 30 years, they finally decided to wake up.”

The IEDC’s Costa acknowledged that the state historically hasn’t marketed to the electronics industry “maybe as well as we should have,” but added there’s now a sense of urgency to ensure Indiana doesn’t get left behind as more semiconductor fabrication facilities and electric vehicle battery facilities come into the equation. 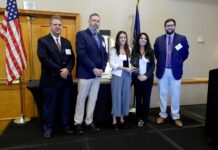 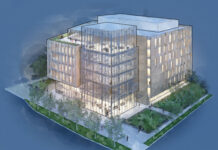 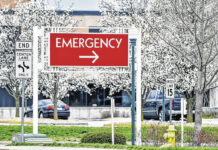