Two of the nation’s largest grocers have agreed to merge in a deal they say would help them better compete with Walmart, Amazon and other major companies that have stepped into the grocery business.

Kroger on Friday bid $20 billion for Albertsons Companies Inc., or $34.10 per share. Kroger will also assume $4.7 billion of Albertsons’ debt.

The deal will likely get heavy scrutiny from U.S. antitrust regulators, especially at a time of high food price inflation. If approved, the deal is expected to close in early 2024.

Together, the stores would control around 13% of the U.S. grocery market, assuming the sale or closure of around 400 stores for antitrust reasons, according to J.P. Morgan analyst Ken Goldman.

Still, that is a distant second to Walmart’s 22% share. Amazon, which bought Whole Foods in 2017, is also a growing player in the space, with 3% share. Warehouse store Costco controls 6%.

But critics questioned a merger at a time of high food price inflation. Food prices rose 13% in September compared with last year, according to U.S. data released Thursday. 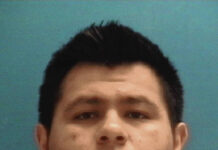