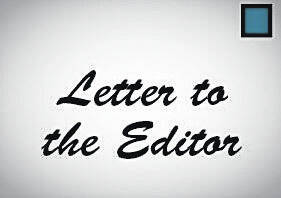 During the Columbus Redevelopment Commission meeting at the Columbus City Hall last month, city-county planning director Jeff Bergman and Columbus City Engineer Dave Hayward raised the possibility of adding parking spaces along Second Street. There would be 41 potentials parallel parking spots on the north side of Second Street, running roughly between the Bartholomew County Veterans Memorial and the Taylor apartment complex/urban grocer now under development. An additional 27 parallel parking spaces could be added on the south side of Second Street, between Lafayette and Sycamore Streets.

It is my opinion that adding parking anywhere along Second Street would be dangerous for drivers. Second Street is the most heavily traveled street through downtown. The majority of the traffic is from State Road 11 and State Road 46. The parking on the north side of the street would be the more dangerous of the two, because with the steering wheel on the left side of most vehicles, this would put the moving traffic in a blind spot for drivers pulling out from parking spaces on the north side of the street. Like the warning on some outside mirrors says: “objects in the mirror may be closer than they seem.”

Vehicles parked on the north side of Third Street downtown are already a problem for moving traffic. Sometimes fate has it where you become a witness for your own story. Case in point: A few days ago, I was driving through downtown on Third Street in heavy traffic. As I neared the existing parallel parking area, the box truck in front of the vehicle I was following came to a sudden stop, almost causing a chain collision. The reason for the sudden stop was someone was getting into a parked vehicle on the traffic side.

On parking of a different matter: To help alleviate the public parking problem downtown, maybe the city could try to rent the “partially” used Cummins surface parking lot on Brown Street south of the Indigo hotel. The few Cummins employees who now park there could park inside the less-than-full-capacity Cummins parking garage east of the Post Office. With the acquired parking lot, the city could install parking meters to help with the rent and the upkeep.