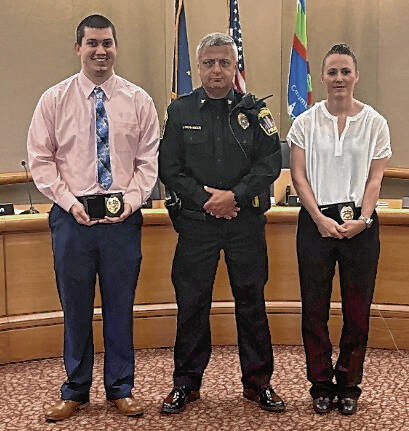 Two new Columbus police officers were sworn in during the Board of Public Works meeting on Tuesday at Columbus City Hall.

Officer Kathryn Bunnell (CPD #291) attended Eagle High School in Idaho and later graduated from Whitworth University in Washington State with a bachelor of science degree in political science. She served in the US Army, where she attained the rank of Sergeant before being honorably discharged. Bunnell later joined the Riley County Police Department in Manhattan, Kansas, where she served as a police officer for nearly three years.

After a short orientation period at the Columbus Police Department, Officer Bunnell will continue her training in the CPD field training program. Officer Walker is scheduled to attend the Indiana Law Enforcement Academy in January.