COLUMBUS, Ind. — A third GOP candidate is entering the race for mayor of Columbus.

Former State Rep. Milo Smith, a Republican, filed his declaration of candidacy for mayor Wednesday morning, as did former Bartholomew County Sheriff Matt Myers, also a Republican. Fellow Republican and Columbus director of administration and community development Mary Ferdon, who announced her candidacy in November, was scheduled to file at 1 p.m. today.

Incumbent Republican Mayor Jim Lienhoop has said that he will not seek a third term.

Wednesday marked the first day of candidate filings for the May 2 primary. This year’s ballot will be a city primary, with mayoral and council races on the ballot.

In regards to Columbus City Council races, Christopher Rutan (R) has filed to run for at-large, and incumbent Frank Miller (R – District 4) has filed for re-election in his district. 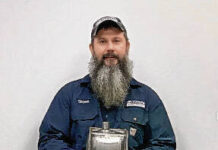 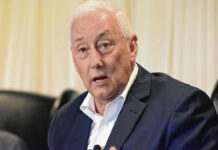