Bartholomew Consolidated School Corp.’s English Language Learning (ELL) director has been notified she is being terminated from her employment and has been placed on administrative leave, pending due process before the school board.

ELL Director Denise Recarte said the notification came on Jan. 6, two days before The Republic reported on a federal investigation of BCSC by the U.S. Department of Education’s Office of Civil Rights. The investigation is in response to a complaint alleging discrimination in regard to Latino students and their educational placements within the school system, as well as retaliation against the individual who made the complaint.

Recarte said that she will meet with BCSC Superintendent Jim Roberts and will then have an option to meet with the school board. The board will ultimately vote on whether or not to approve the termination. 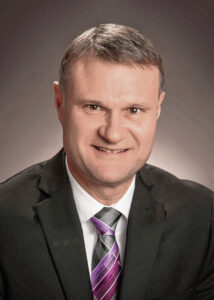 In responding to request for comment, Roberts provided information from the termination notice, which cited “neglect of duty” and “insubordination,” as well as breaching student confidentiality. At present, Recarte is on paid leave and remains a BCSC employee.

“The reasons for this preliminary decision are that her exhibited conduct fails to meet acceptable standards of professionalism,” the notice states. “She has not met employer expectations for appropriate peer and supervisor interactions. She has been insubordinate regarding scheduling meetings with supervisors, completing tasks assigned by her supervisors and others, behaving unprofessionally in meetings, engaging in unauthorized work activities, and failing to maintain as educational records education related documents provided to or obtained from parents, guardians, or students.”

The notice adds that she “willfully violated” Board Policy 3139, which details appropriate procedures for staff discipline.

Officials also wrote that Recarte allowed an individual who was not a BCSC employee to accompany her in discussions with parents, guardians and students related to re-enrollment, which shows a “lack of professionalism and awareness of her responsibilities as an educator.”

“Confidentiality laws forbid schools and their employees from using or disclosing student education records without parent consent,” said BCSC officials. “Education records include a wide variety of information and posting personally identifiable information about students is not permitted.”

Furthermore, the notice stated that Recarte shared incomplete or inaccurate information with families about the consequences of not enrolling in school.

Enrollment is also one of the topics touched on in the complaint that was filed with the U.S. Department of Education’s Office of Civil Rights.

In response to a Freedom of Information Act request from The Republic, the OCR provided copies of the complaint, the office’s notification letter to the school corporation and BCSC’s initial response. While most of the documents are heavily redacted, there is at least one reference to Recarte.

BCSC’s initial response to the allegations was sent to the OCR via an email from the law firm Kroger Gardis & Regas, LLP. The subject line of the email, which was not redacted, is “BCSC/Recarte; OCR Docket 05-22-1456; Initial Document Production.”

As stated in the OCR’s notification letter to BCSC, a complaint filed with the office in June of 2022 alleges that the school corporation:

The submitted complaint refers to instances of students being denied enrollment in certain BCSC schools and/or programs. Due to heavy redactions, the exact details of these alleged occurrences are not clear.

The individual filing the complaint also alleges that the school corporation failed to sufficiently investigate claims and added, “Retaliation against me has been persistent and ongoing ever since I brought these cases to light.”

The account of this alleged retaliation is also redacted.

When asked what remedy is sought, the individual wrote that policies are needed to protect students’ rights and ensure that they are able to enroll in school.

“I would like a clear, safe, timely process for reporting discrimination with qualified, impartial people to investigate complaints,” the individual wrote. “I would like a policy in place that requires the involvement of the (redacted) in any decision around separating an ELL (English Language Learner) student from the regular education setting. I would like to stop the practice of creating a pipeline of Latino ELL students to alternative education programs that are not designed to support the students’ success.”

BCSC officials have said that the school corporation is “cooperating fully” with the OCR’s investigation and “remains committed to ensuring that everyone is afforded equal protection under the law.” 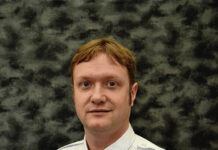 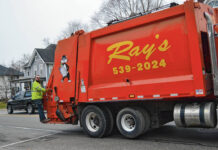 Waste hauler getting up to speed 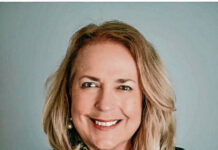