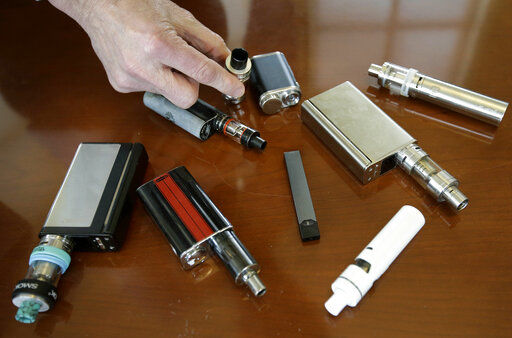 Columbus City councilmen have approved an amending smoking ordinance that prohibits the use of electronic smoking devices, or e-cigarettes and vape pens, in places where smoking is banned in the city. But there is a catch.

The council approved the ordinance change Tuesday, but the ban won’t take effect for two months after local vape shop owners asked council members to exempt vape shops from falling under the ban. The two-month hold began Wednesday and will officially conclude on Oct. 19.

The city defines “smoking” as “inhaling, exhaling, burning or carrying any lighted or heated cigar, cigarette, pipe, hookah or any other lighted or heated tobacco or plant product intended for inhalation, whether natural or synthetic, in any manner or in any form.”

The new version of the code includes the use of an electronic smoking device “which creates an aerosol or vapor, in any manner or in any form.” It also prohibits the use of any oral smoking devices for the purpose of circumventing the prohibition of smoking.

According to the city’s definition, an electronic smoking device is “any product containing or delivering nicotine or any other substance intended for human consumption that can be used by a person in any manner for the purpose of inhaling vapor or aerosol from the product. The term includes any such device, whether manufactured, distributed, marketed or sold as an e-cigarette, e-cigar, e-pipe, e-hookah or vape pen, or under any other product name or descriptor.”

Current state law, written in 2012, exempts smoke shops and tobacco stores from the smoking statute. Vape shops have not been specifically addressed in state law, yet.

“Without an exemption, my business would essentially close,” said John Jones, owner of Hilltop Vape Shop, 2300 Central Ave. “All those customers would go to very nearby communities to meet their needs. Vapor shops in surrounding communities allow folks to use and to try the various materials we have there. If we can’t use a vapor device within our establishment, customers will go where they can try these things and see what they want to use.”

The council voted 6-1 to include a 60-day implementation period to allow the city’s Ordinance Review Committee to revise the ordinance and add vape shops to the list of exemptions.

Councilman Dascal Bunch voted against the amendment. Bunch said every time the council has this type of delay, it becomes a bigger issue and “never turns out the way it should.”

Several people spoke in favor of the ordinance when it was presented on first reading on Aug. 6. Representatives from Columbus Regional Health spoke to the health benefits of the new ordinance, and Bartholomew Consolidated School Corp. Superintendent Jim Roberts pointed to a rise in young users of e-cigarettes in the school corporation.

The council must approve any changes to the ordinance proposed by the committee at or before its Oct. 15 council meeting before the 60-day period is up, or the ordinance will go into effect as is.