HOPE — Memorial Day ceremonies will be conducted by American Legion Post 229 in Hope at eight locations:

BLOOMINGTON — Over their half-century relationship, Indiana University professors Elinor and Vincent Ostrom built an enduring, loving marriage, an influential intellectual partnership, and a wide-ranging movement of people dedicated — as the Ostroms were — to working on some of the most pressing challenges facing our world.

The Ostroms are the subject of a new documentary premiering at 10 p.m. May 28 on WTIU Public Television.

The film follows the global impact of Ostroms’ work on governance and resource management, including Elinor Ostrom’s 2009 Nobel Prize in Economic Sciences“for her analysis of economic governance, especially the commons.”

The documentary also reveals the influence the Ostroms have had on generations of students and scholars who were part of their Workshop in Political Theory and Policy Analysis at Indiana University.

Founded by the Ostroms in 1973, the Workshop has produced pioneering research, focusing on a better understanding of policy implications with practical solutions to societal problems.

One of those students who continues to be influenced by the Ostroms is Barbara Allen, who produced and directed “Actual World, Possible Future.” Allen’s film provides an inside look at the Ostroms’ personal and professional lives through extensive interviews with Elinor and Vincent, their colleagues, and friends.

In addition to the WTIU broadcast, the program will also be available to stream on demand through PBS Video beginning May 28. 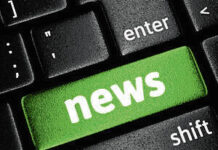