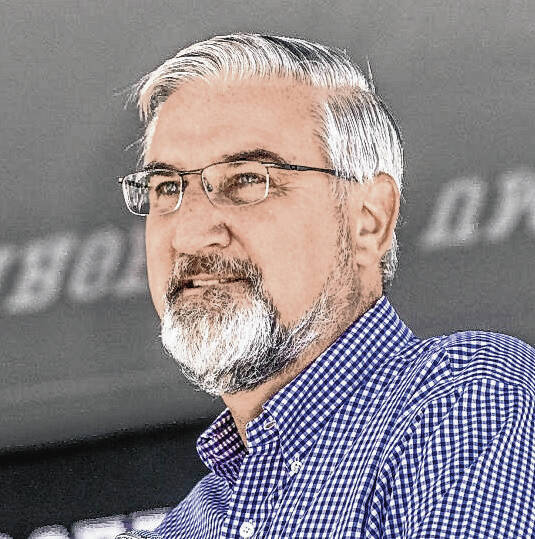 Republican Gov. Eric Holcomb’s State of the State Address celebrated the state’s sunny fiscal forecast and presented a modest list of priorities in this non-budget legislative year. With $3.9 billion in state reserves, Hoosier taxpayers automatically will be getting a refund totaling $545 million.

“When it comes to our strong economy, we’ve earned it,” Holcomb said Jan. 11 in his annual address to the Indiana General Assembly.

Democrats were quick to quibble, of course. They said Holcomb was taking victory laps for a bottom line boosted by federal COVID relief money and that he should be doing more to help people who are still suffering due to the pandemic. There’s some validity to that. But it’s also true that if a Democratic governor had accomplishments to crow about, Republicans would find something to gripe about. That’s politics.

If anything, Holcomb’s address might be described, without bias, as insightful for what he didn’t say.

We are painfully aware that we remain in the throes of a pandemic. Holcomb, as he has done repeatedly, used his address to directly urge Hoosiers to get vaccinated.

“If you haven’t been vaccinated, I encourage, I plead, I even beg you to speak with your doctor and do so,” Holcomb said. “I say this, even if you’ve disagreed with every position I’ve taken. I just want us both to be around to continue those disagreements.”

Holcomb is not to blame for the roughly 45 percent of state residents who still refuse to do listen to reason, even as unvaccinated COVID patients fill our hospitals beyond capacity. Even as nearly 17,000 Hoosiers have died.

Holcomb is also not to blame for radical elements in his party who’ve sought to undermine his authority as he has led the state through this pandemic. He is the governor, after all, and that’s where the buck stops.

Nor is Holcomb to blame for those who equate their status as elected officials with a mandate to push divisive bills. And there are several this year, perhaps few as noxious as a handful of flagrant attempts to politicize education in our state.

Holcomb, as has been his custom, wisely didn’t go there. He can — and should — speak with his veto pen if and when troublesome legislation lands on his desk. For all the criticisms of the governor, justified and not, he has kept his word that he will keep the office largely above the culture-war fray that consumes so many lawmakers. How refreshing.

Instead, Holcomb has been governing, and he has led rather efficiently and effectively, given our times. Among the accomplishments he highlighted was the recent award of $500 million in READI grants statewide, including $30 million in development grants for projects in Bartholomew, Jackson and Jennings counties, plus Edinburgh.

The READI grants fund regional improvements shaped through grassroots strategizing, and Holcomb signaled that the first round in December was just the beginning.

“We’ll need to come back in 2023 and go big again,” Holcomb told lawmakers.

With the massive reserves the state has in hand, Indiana should go much bigger in furthering these investments in housing, economic development and talent attraction in communities statewide. No matter our politics, we should all be able to agree to that.