The Columbus-based company said it had signed a memorandum of understanding with Japan-based Komatsu that will initially focus on zero emissions technologies, including hydrogen fuel cell solutions for large mining haul truck applications.

“Komatsu’s deep expertise in mining and equipment design and integration paired with our advanced power technologies including hydrogen fuel cells will accelerate decarbonization of mining equipment,” said Amy Davis, Cummins vice president and president of new power, in a statement. “The mining industry has great potential to lead in adopting renewable solutions.”

Cummins said its collaboration with Komatsu requires changes to Cummins’ products and the energy sources that power them and is part of the company’s strategy to reduce the greenhouse gas and air quality impacts of its products and reach net zero emissions by 2050.

The announcement on Tuesday also was the latest in a series of efforts that Cummins has said it has taken to accelerate the decarbonization of commercial vehicles.

Last year, Cummins announced that is was testing a hydrogen-fueled internal combustion engine in what was the company’s latest effort to “meet the energy and environmental needs of the future.”

In January, Cummins reached an agreement with Japanese automaker Isuzu Motors Ltd. to create a prototype medium-duty, battery electric truck that is expected to be piloted in “prominent” fleets in North America later this year.

In May, Cummins said it would partner with Daimler Trucks North America LLC — the largest heavy-duty truck manufacturer in North America — to equip trucks with hydrogen fuel cell powertrains. 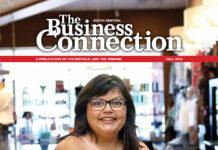