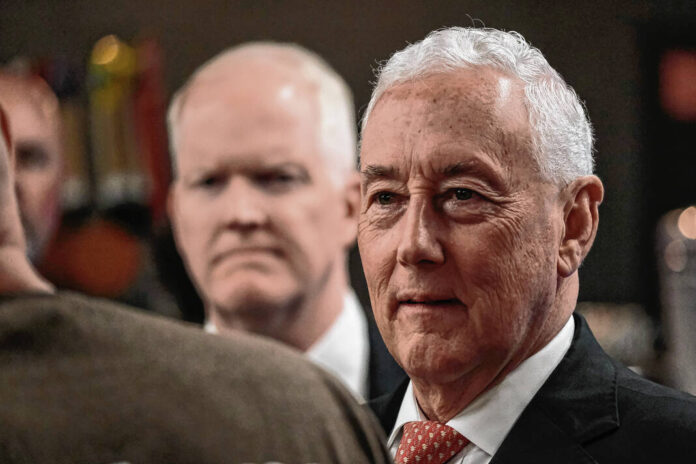 Rep. Greg Pence last week voted against the so-called chips bill in Congress, which passed with bipartisan support and has been championed by Pence’s fellow Republican and Indiana’s senior Senator, Todd Young.

We don’t know why Pence voted against the measure, and he hasn’t answered that question. But this is nothing new for the Columbus native who represents Indiana’s 6th congressional district. We’ve editorialized previously that Pence has a communication problem with his home district.

But it isn’t just that Pence doesn’t talk to his constituents. He doesn’t listen to them, either.

On the chips bill, for instance, Cummins Inc., this region’s largest employer, has been a major booster. In fact, Cummins Chairman and CEO Tom Linebarger was among corporate chieftains who last week met virtually with President Joe Biden and urged passage of the bill.

“We are unable to get the components we need, and semiconductors is always at the top of the list. And semiconductors really are the basic building blocks, they’re the steel of the 21st century,” Linebarger told Biden during the meeting, the Republic’s Andy East reported.

“Costs have escalated dramatically,” Linebarger added later in the meeting. “We are often buying chips from brokers now and paying as much as 10 times the regular cost to get these chips just to make sure we can keep trucks on the road, driving inflation in our industry and challenges throughout our supply chain.”

The chips bill is designed to pump billions of dollars of federal support to assist the production of chips, semiconductors and other vital high-tech components in the United States.

And to be sure, Republicans including House Minority Leader Kevin McCarthy opposed this spending and cast doubt on federal subsidies for it. McCarthy “likened the bill’s spending to ‘corporate welfare to be handed out to whoever President Biden wants.’”

The truth is, the federal government subsidizes industries from agriculture to oil and more. For Indiana Sen. Todd Young, though, the chips bill had added importance:

“China’s government is planning on winning the (artificial intelligence) race, winning future wars, and winning the future,” he said on the Senate floor. “And the truth is, Beijing is well on its way to accomplishing these goals. America is at risk of falling behind economically and technologically to a world power that does not value liberty or even respect human life.”

“Right now, the United States of America is almost entirely reliant on other nations for the high-tech computer chips that power our smartphones, automobiles, household appliances and military platforms,” Young added. “The recent shortage of these chips has hobbled our economy and hit our pocketbooks.”

So Young sees this bill he has championed as one that will pay dividends by providing thousands of high-paying jobs in Indiana and nationwide while at the same time putting us on a better national security footing.

Young has led in this cause, and we believe this bill will be positive for our region, our state and our nation.

We’d sure like to know why Greg Pence voted against this bill. Maybe someday he’ll explain his vote to the people, community and district he is supposed to represent.