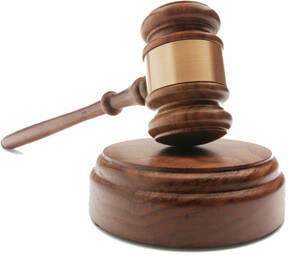 BLOOMINGTON — Planned Parenthood and others filed a lawsuit Tuesday to block Indiana’s new abortion ban just over two weeks before it is scheduled to take effect.

The lawsuit, filed in Monroe County Circuit Court by four healthcare providers and an OB/GYN, argues that the ban violates right to privacy and equal privileges protections in the Indiana Constitution and “inflicts immediate and irreparable harm on Hoosiers seeking vital and time-sensitive health care.”

The ban, which takes effect Sept. 15, includes some exceptions. Abortions would be permitted in cases of rape and incest, before 10-weeks post-fertilization; to protect the life and physical health of the mother; and if a fetus is diagnosed with a lethal anomaly.

Under the law, abortions can be performed only in hospitals or outpatient centers owned by hospitals, meaning all abortion clinics would lose their licenses, according to wire reports. A doctor who performs an illegal abortion or fails to file required reports also would lose their medical license.

The lawsuit filed in Monroe County claims, among other things, that forcing women and girls to continue a pregnancy against their will prohibits the plaintiffs’ patients and clients from exercising their right to privacy, characterized the ban as an “unwarranted, unnecessary and overbearing governmental intrusion into their personal lives,” according to a copy of the lawsuit.

“S.B. 1’s total abortion ban strips away the fundamental rights of people seeking abortion care in Indiana in violation of the State Constitution,” the lawsuit states. “It will infringe on Hoosiers’ right to privacy, violate Indiana’s guarantee of equal privileges and immunities and violate the Constitution’s due course of law clause through its unconstitutionally vague language.”

The lawsuit also alleges that “conflicting provisions” in the ban — including different time limits for when abortions are allowed under exceptions when the life or health of the mother are at risk — could result in doctors being “forced to allow a patient to die rather than providing a life-saving abortion.”

“The health and life exception’s ambiguity about how late in pregnancy a physician can perform an abortion prevents doctors from knowing if performing certain abortions will expose them to prosecution,” the lawsuit states. “Thus, S.B. 1 will force physicians to make excruciating decisions that pit their commitment to preserving the life and health of their patients against their own freedom.”

Other aspects of the ban being challenged in the lawsuit include the cut-off for victims of rape and incest to qualify for exemptions, some victims, especially minors, “do not know they are pregnant until later in pregnancy,” making it impossible for them to get abortions in Indiana.

In addition, the plaintiffs allege that the ban violates abortion providers’ right to equal protection, forcing them to close or divert efforts to more expensive out-of-state travel, and will disproportionately impact low-income patients from medically underserved communities and people of color, who make up a significant portion of patients who seek abortions in Indiana.

“Patients who are unable to travel out of state to access care will be forced to continue a pregnancy against their will, which jeopardizes their physical, mental and emotional health, as well as the stability and well-being of their family, including their children,” the lawsuit states.

Indiana Right to Life issued a statement Tuesday in response to the lawsuit.

“Not only is there no right to an abortion in the Indiana Constitution, it actually states life is one of our inalienable rights,” Mike Fichter, president and CEO of Indiana Right to Life, said in a statement. “We are confident the state will prevail and pray the new law is not blocked from going into effect on Sept. 15, knowing that any delay will mean the indiscriminate killing of unborn children will continue at abortion clinics across Indiana.”

The lawsuit names members of the Medical Licensing Board of Indiana, as well as prosecutors in Hendricks, Lake, Marion, Monroe, St. Joseph, Tippecanoe and Warrick counties, as defendants.