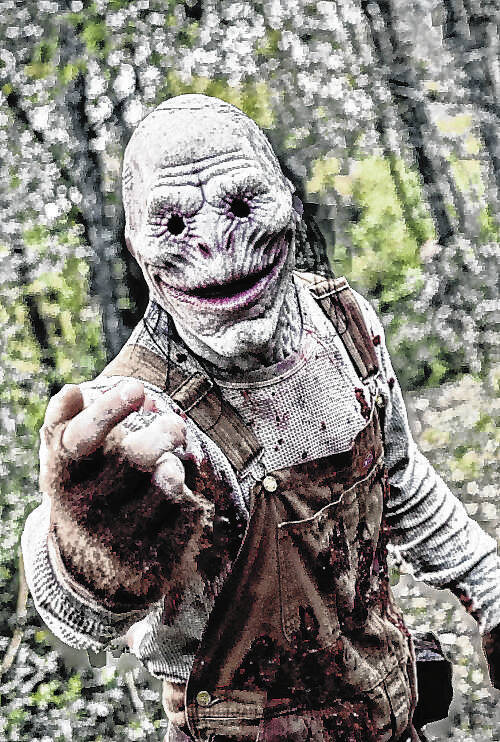 In the 1930s, thousands feared for their lives as CBS Radio “reported” on a Martian attack during the evening of Oct. 30, 1938. It was the next day when most people found out it was just fiction.

In the fall of 1974, Columbus had its own spooky story when a number of folks filed reports with Columbus police claiming that they had seen “a large green beast” in Mill Race Park.

On Nov. 2, 1974, two women described what would eventually be called the “Mill Race Monster” as green, hairy, about 6 feet tall with long claws.

Three days later, on Nov. 5, 1974, two men in their 20s reported seeing a large hairy “thing” hiding behind trees near the park’s covered bridge about 4 p.m. – and again shortly before midnight. They told police they eventually chased the creature away.

After a search turned up nothing, a police spokesman told reporters they are “hoping it was only a misguided hobgoblin who lost its sense of time and doesn’t know Halloween is over for another year.”

But then, more women reported seeing the creature on Nov. 7, 1974 near the park’s paved boat ramp. They claimed the creature jumped on the hood of their car, leaving scratch marks in the paint.

While some theorized the “thing” was created by radioactive waste like a B-grade monster movie from the 1950s, one man suggested the monster had been left here in the early fall by visitors from another planet.

Sounds like quite a whopper today. However, there were a flood of reports of Unidentified Flying Objects (UFOs) throughout the Midwest in the mid-1970s, including here in Columbus.

For a few days, it seemed the “Mill Race Monster” might be real. On Nov. 8, 1974, then-Columbus Parks Director Robert Gilligan said authorities had counted “dozens of cars and people on foot searching the park. Some were armed with knives and one carried a gun.”

On the night of Nov. 9, 1974, police closed the park because they feared armed crowds would either hurt one another or kill a monster impersonator.

Even the Indianapolis Star devoted a three-column story and an illustration at the top of Page One to the “Mill Race Monster.”

But the newly-created legend was put to rest after a city employee named Rick Duckworth saw the monster himself, which he said was nothing more a person wrapped in green blankets and wearing a mask.

The creature was never seen again – and skeptics spent the next week laughing at all the attention the “Mill Race Monster” received.

In 1998, the late Republic associate editor and columnist Harry McCawley looked into the basis of a few local ghost stories. For example, there was a story about the spirit of a former state senator who lost all his money and hung himself in his North Washington Street home.

In this case, a few elements of the story were true. A man who did serve in the State Senate at the beginning of the 20th Century had once resided in that house. But he died of natural causes in a medical facility south of Columbus in 1942.

During the latter part of the century, there was also chilling tales about a haunted house in Newbern. High school students used to go there to seek out the spirits of family members reportedly killed by the patriarch of the residence.

Once again, a few elements were true. McCawley learned there was a wealthy farmer in that home who took his own life in 1918. But there were never mass killings in the house and no student ever reported seeing a ghost there.

McCawley had been encouraged in 1998 to research local reports of paranormal experiences by Maureen McNulty, who was writing a college paper regarding local ghost stories. McNulty wrote regularly for Fate magazine, a journal devoted to printing articles about the paranormal, McCawley said. She described herself as a “sensitive” who could intuitively feel what she perceived to be paranormal activity, McCawley wrote.

A popular Halloween tale concerns the old Azalia Bridge on County Road 800S. Some say the spirits who haunt the bridge are those of Quakers who died there.

While plenty of spooky stories exist, McNulty told McCawley that local residents are afraid to talk with her about them.

“I’ve come across a number of people who said they couldn’t talk about that sort of thing,” she said in the 1998 interview.

But when McNulty changed her approach, so did the responses she received. Instead of asking Bartholomew County residents about ghost stories, she began asking about angel stories.

“The reaction has been completely different,” McNulty told McCawley. “As soon as I mention angels, people can’t wait to tell me about incidents in which they were saved from something by an unseen presence.” 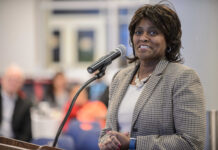