Mr. Bender was a veteran of the U.S. Army and U.S. Air Force, receiving the Air Force Air Medal with cluster while serving in Vietnam in 1969. He moved to Florida in 2004 and has lived at Leisure Lake Co-op since that time.

A memorial Mass for friends and family was held on Monday, July 24, 2017, at 11 a.m. at Holy Cross Catholic Church in Palmetto. On Saturday, September 30, 2017, at 11 a.m., a military graveside service will be held at Garland Brook Cemetery in Columbus. Following that will be a “Celebration of Life Gathering” from 1 to 4 p.m. at the Hanger 5 Restaurant at Columbus Municipal Airport. Family and friends are encouraged to come and share stories and thoughts about the life of Phil Bender.

I could write many things here about the wonderful man who was my husband for 35 years, but I think what his son Todd posted online pretty well sums it up and I would like to share it with all of you:

“My Dad lost his long battle from the effects of Agent Orange. He was a former Indiana National Guard member, infantry and armor, USAF load master on C-119’s & on a 119 gunship and a member of the Army Reserve (Combat Engineer). He was a draftsman, a model maker (prototypes, not toys) and engineer with many patents to his name. A farmer (sort of), he never did like to weed, but was a great planter. Owned Video Memories in Columbus. Was a wonderful and talented artist. Music…he could play almost any instrument he picked up, Scout Master, gearhead (his first new car was a 1956 Chevy), but mostly he was my DAD. Love You -Miss You.”

Mr. Bender was preceded in death by his parents, Ernest and Ruby Edens Bender; a stepson, David Pomrenke; 2 grandsons; and 2 great-grandchildren.

Memorial contributions may be made to the National Diabetes Foundation. 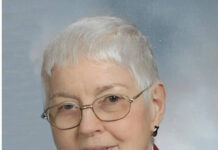 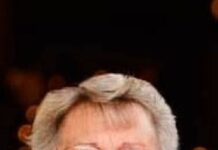 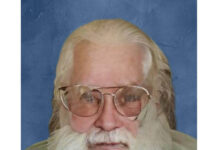