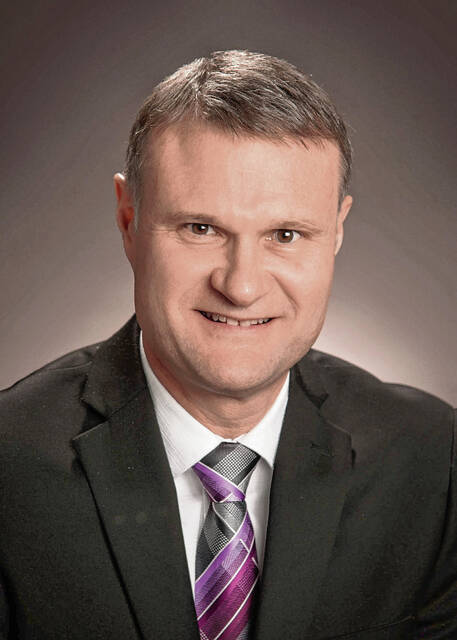 Bartholomew Consolidated School Corp. board members are contemplating the future of the mask mandate.

Superintendent Jim Roberts discussed the matter during a COVID-19 update at Monday’s night’s school board meeting, calling it “something for us to ponder as we look ahead.” However, lifting the mask mandate could affect the school corporation’s ability to enact less strict quarantine protocols.

Roberts acknowledged that some school districts may be setting specific dates for when their mandates will end. He speculated that this may be due to Gov. Eric Holcomb suggesting he might “slow down” on executive orders for COVID-19.

“If that happens, then that does change things a little bit, because right now the (state) Department of Health’s guidance on quarantines is linked to the executive order,” Roberts said.

Following fall break, the school corporation updated its quarantine protocols to allow close contacts in masked classroom and bus settings to remain at school as long as they are asymptomatic. The change aligns with guidance provided by the Indiana State Department of Health and the governor.

The state’s control measures for COVID-19, as of September, stated that this allowance applies only in classroom settings (not extracurriculars or athletics) of schools that “consistently enforce” mask mandates.

BCSC’s reopening plan previously stated that contact tracing entails a 10-day quarantine, except for those who are fully vaccinated and have no symptoms.

“If you do go mask-optional and these quarantine protocols stay in effect … it goes back to 92% or more that would go home,” Roberts said. “But if the governor’s executive order doesn’t exist anymore, then there’s a situation that may occur with the quarantine. So we’ll watch that closely to see what that link is between executive order, close contacts, quarantine protocols, all those kind of things as we continue to evaluate our circumstances.”

During the time for public comment, parent Eric Grow requested that the school corporation be transparent as it determines the right time to end the mask mandate and added, “If not now, when?”

“What metrics have you guys decided on that will allow us remove the mask mandate?” he asked. “Or are we kind of just going through it with no plan? Or even, as I fear may be the truth, are we just relying on outside entities, like a regional hospital, to let us know when that decision, in one way or another, is made for us? Regardless, you should still be able to share with us what the endgame is.”

Grow suggested that BCSC share a specific metric — even if it’s one that is initially aggressive and later scaled back — or at least say that the mandate is indefinite. In general, he asked for communication and scientific metrics so that it won’t be a “surprise” when the end comes.

BCSC’s mask mandate has been a hot-button issue this summer and fall, with parents and community members arguing for and against it at board meetings. Some individuals have held protests against the policy at the BCSC administration building and city hall.