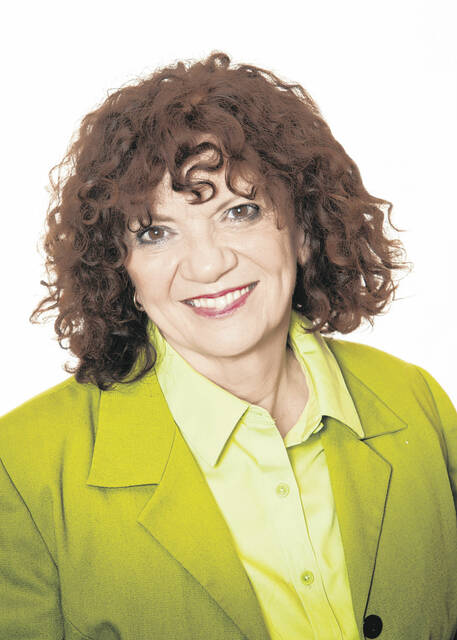 When gardening season is complete, gardeners’ minds turn to other things going on outside to engage their imaginations. Even if viewed, by necessity, from a warm house and seen through the window!

I was fortunate to have spotted a migrating yellow-bellied sapsucker, a member of the woodpecker family, on a sugar maple tree in the backyard several weeks ago. The bird was early, based on past years’ sightings; late December was the earliest I’d seen one.

Kevin Tungesvick has this to say in his December 5, 2020, “On Nature” column in The Herald Bulletin of Anderson:

“Yellow-bellied sapsuckers breed in the northeastern states, the upper Great Lakes and throughout most of southern and central Canada. They are quite common in Indiana in March and April during the spring migration, and October and November during the fall migration.”

Tungesvick’s column went on to say that some sapsuckers spotted in Indiana this time of year may have actually hung around: “… sapsuckers are primarily seen during spring and fall migration in most of the state. A few of the migrants spend the entire winter in the southern half of Indiana.”

Could it be that “my” sapsucker, a member of the woodpecker family, was considering hanging around all winter? I’d like to think so, but, hey, I’m a sucker (it had to be said) for this birds’ striking red, black, white, and yellow coloration and large size (robin-sized, looking even bigger when puffed out to keep warm). Of course, there’s no guarantee that the sapsucker won’t depart. The early-January cold snap could convince it that it’s miscalculated the magnitude of the Indiana winter! Sapsuckers, like hummingbirds, return to favored feeding spots each year (typically March and April).

Sapsuckers are thought to be eating insects, or lapping up maple tree sap, any time they’re seen inching and pecking their way up a maple tree trunk. But maple tree sap only starts to flow in February and ends in mid-March here in Indiana, a short maple syrup season.

But wait, if sapsuckers’ Indiana visits occur in March or April, and maple syrup season ends in mid-March, how could that work? It appears that the evidence is strong for this sapsucker being one that hung around Indiana longer than usual. And they’re not the only migrators with a late start. We’ve been observing sandhill cranes this year from January 3-7 as they passed through in large migrating groups, when they typically pass through in late November/early December. Observation suggests that the sandhills were caught flat-footed, too, this year, with extreme temperature variances tricking them into a late departure. More data samples will be needed to make hard and fast conclusions.

You can submit your own observations made in your backyard. New information on sapsuckers and other migrating birds is collected each year through annual bird counts. Cornell University’s bird count urges backyard birders to submit their bird-watching results to add to the wealth of information already collected.

Click on birdcount.org to join this year’s bird count, Feb. 18-21. Cornell collects birders’ information to track changes in bird populations worldwide. The information gathered is used to update information available on their website.

Across US, houses of worship struggle to rebuild attendance