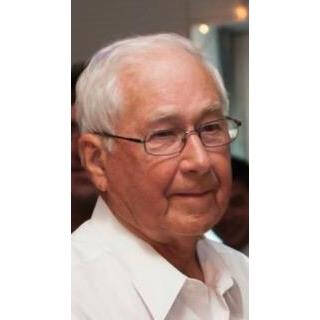 On the morning of January 22, 2022, C. Stanley Embry passed to his eternal Home. Stanley was born in Hope, Indiana January 25, 1933. He was a life-long member of Rugby Chapel (Previously Rugby United Brethren).

He was preceded in death by his father and mother Harry and Gladys Embry, a stillborn daughter, and a great-grandson Emmett Alvis.

After graduating from Hope High School with the class of 1952, Stanley married the love of his life, Louise Montgomery on November 14, 1952. At the tender ages of 19 and 18, they knew they were soul mates. Their love and commitment was the cornerstone by which they built a very loving and close family,

He continued his work on the family farm for four years after his marriage to Louise. After leaving the farm, he was a self-employed construction contractor. He also worked for Dunlap Construction, and retired from Irwin Management Company after two decades of service. In addition to these jobs, he worked a myriad of other jobs to provide for his family. His work ethic was like no other.

Stanley was immensely talented at his hobbies, including carpentry and auto repair. He enjoyed all aspects of farming, mowing the lawn, cheering on the Indiana Pacers, spending time with family, and visiting with his many friends in the community. Time spent with family was among his most precious moments in life.

Online condolences may be expressed to the Embry family at www.normanfuneralhome.net.