Rick Sluder has been named the USA Track and Cross Country Coaches of America Indiana Coach of the Year for girls cross-country.

“To me, it’s just a reflection of how hard the girls work,” Sluder said. “(Assistant) Coach (Leslie) Weaver and I, when the girls do good, it makes us look good. It’s just a reward for how much work and effort the girls put in.”

Sluder has coached the Bull Dog girls cross-country team for four years and is entering his third year as head boys and girls and track coach (the first season was canceled because of the COVID-19 pandemic). He recently completed his term as president of the Indiana Track and Cross Country Coaches Association. 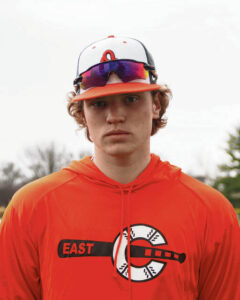 IUPUC is beginning an athletics program and hopes to field men’s and women’s cross-country teams this fall and baseball and softball teams next spring.

McComb played his freshman year at Columbus North, and his sophomore season was canceled because of the COVID-19 pandemic. He was East’s starting catcher most of last season and had one double and 12 RBIs.

Columbus East will host the Hoosier Hills Conference boys swimming and diving meet on Saturday. Diving begins at 9 a.m, and swimming will start at 1 p.m.

The HBCA is comprised of coaches from four districts in southern Indiana. Columbus East’s Koryn Greiwe and Harley Gant, Columbus North’s Kylah Lawson and Jennings County’s Lily Ernstes are among the 10 players selected from District 3.

Tabeling reached the 1,500-point plateau for her career. She also eclipsed 400 rebounds and 300 assists.